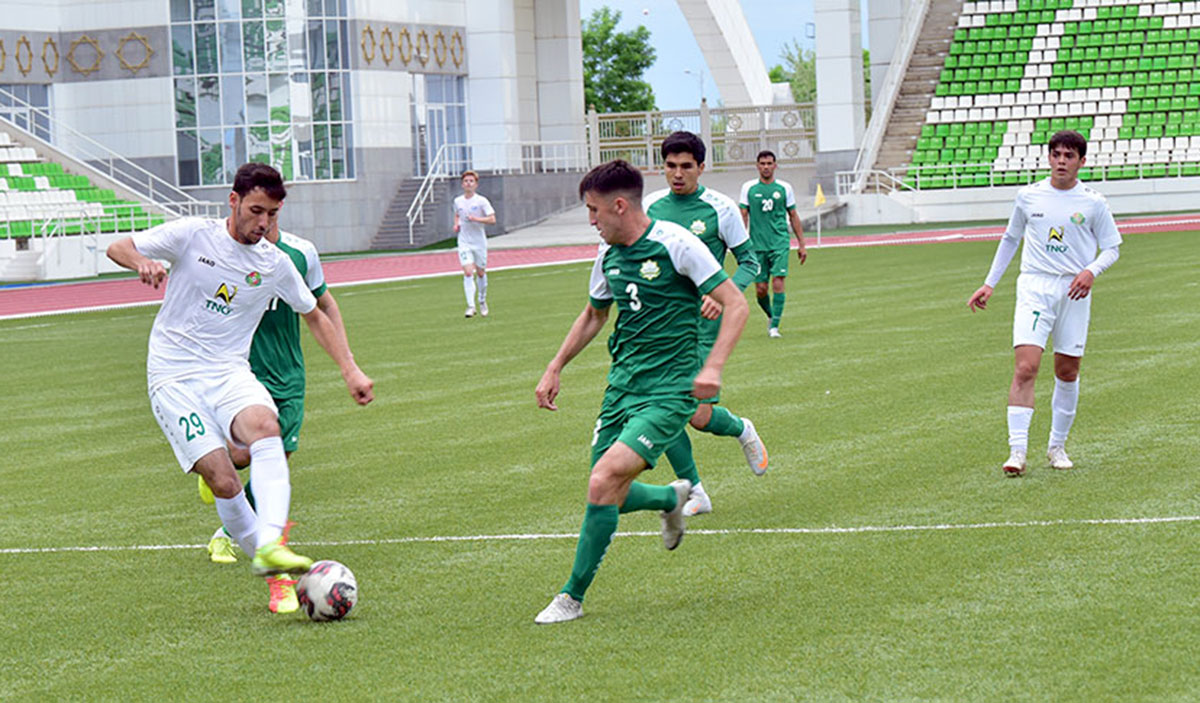 The capital's "Altyn Asyr" retained leadership in the fight for the Ashgabat Football Cup after the first round of the competition.

In the 3rd round, the current champion of Turkmenistan met with his closest pursuer - Ashgabat "Kopetdag". Before the game, the team of the Ministry of Internal Affairs of Turkmenistan lagged behind the leader by 2 points and, if successful, could lead the standings.

The match, which was held at the central arena of the Ashgabat multifunctional stadium, turned out to be very interesting. In the course of the meeting, one or the other team came forward.

The end of the meeting turned out to be rich in events. First, in the 80th minute, Begmurad Bayov equalized the score - 2:2. After 3 minutes, Murad Annaev brought "Altyn Asyr" forward - 3:2. It seemed that the team of the agency "Turkmenaragatnashyk" would be able to keep the winning score. But it was not there. In the third added minute, the team of the Ministry of Internal Affairs of Turkmenistan succeeded in a productive attack, and Shazada Byashimov saved Kopetdag from defeat - 3:3.

Thus, before the fourth round "Altyn Asyr" with 7 points kept a two-point lead over "Kopetdag".

"Akhal-2" and "Ashgabat" tied with each other 0:0 close the standings. Ashgabat has 2 points, and Akhal-2 has 1 point.

In the 4th round, Ashgabat will play against Altyn Asyr and Kopetdag against Akhal-2.

Turkmen freestyle wrestler is the champion of Asia among cadets!